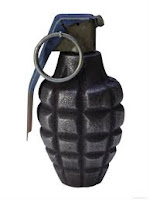 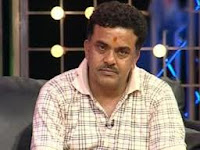 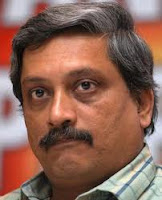 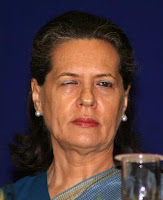 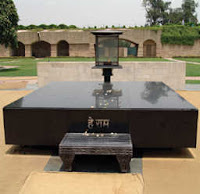 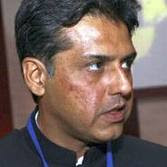 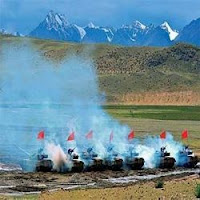 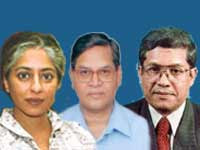 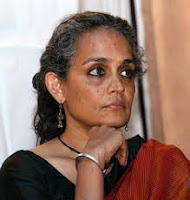 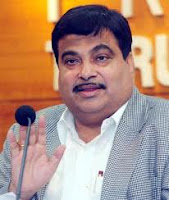 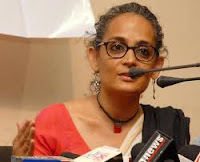 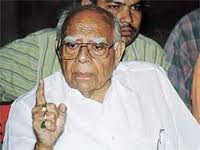 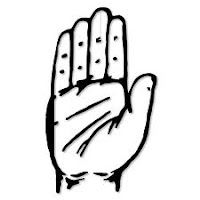 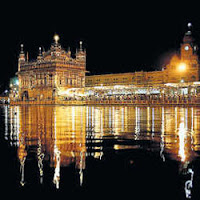 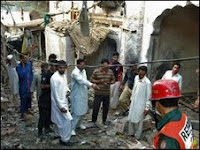 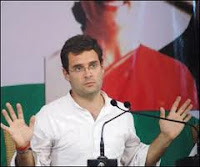 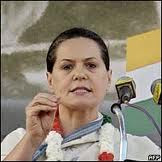 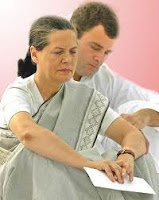 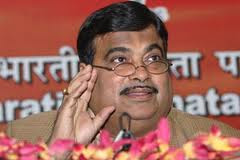 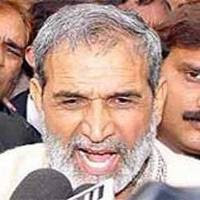 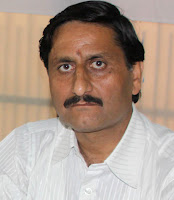 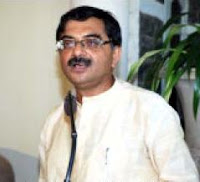 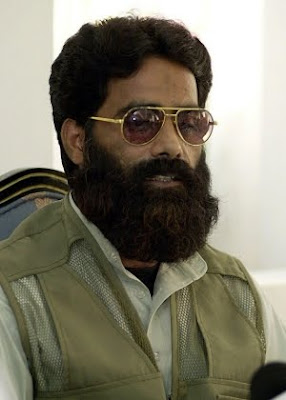 Evil geniuses are a rare breed, even in theranks of Al Qaeda. Those few who planned the attack on the USS Cole in Yemen 10 years ago and the atrocities in America on September 11, 2001, were killed or captured by the spring of 2003, and Osama bin Ladenhas been hard pressed ever since to recruit anyone able to take their place.
But now, at last, he seems to have found his man, and that’s a major reason intelligence services from Washington to Paris to Islamabad have been acting so jittery of late.Ilyas Kashmiri, 46, has the experience, the connections, and a determination to attack the West—including the United States—that make him the most dangerous Qaeda operative to emerge in years.

“This guy ties everybody together,” says a veteran U.S. intelligence officer who has been watching Kashmiri’s rise to prominence closely but is not authorized to speak publicly. Kashmiri fought the Soviets in Afghanistan, and the Indians in Kashmir and in India itself. He also worked with the Pakistani intelligence service, but turned on Islamabad with a vengeance in 2003, trying to murder then-president Pervez Musharraf.

Since then Kashmiri has been linked to planned attacks in Denmark, Germany, France, the United Kingdom, and the United States, most probably Chicago.Today, Pakistani intelligence assets on the ground and American drones in the air hunt Kashmiri relentlessly in the ungoverned tribal areas near Pakistan’s border with Afghanistan. Pakistani officials fear that if Kashmiri carries out another major attack on India or in the West, their country could suffer massive retaliation. A senior Pakistani military officer who tracks militants, and declines to be named for security reasons, says Kashmiri’s “skill, his leadership, and his wide relations with Pakistani and foreign militants make him the most dangerous man for Pakistan, Europe, and the U.S.” Kashmiri agrees.

After erroneous reports that he’d been killed in September 2009, he gave an interview and gloated that the Americans were right to pursue him. “They know their enemy well,” he said. “They know what I am really up to.”

Born in the Pakistani-controlled section of Kashmir in 1964, this veteran terrorist lost an index finger and one of his eyes during the fight against the Soviets in the 1980s. In such photographs as exist, he’s often shown wearing aviator sunglasses. He reportedly changes the color of his thick beard frequently, and it may be white or dyed red with henna, or then again dyed black. But his imposing presence and the deference shown him can still make him stand out.

According to Hafiz Hanif, the pseudonym of a 16-year-old Afghan who fought in Al Qaeda’s ranks last year, Kashmiri’s status as a bin Laden favorite was obvious. Kashmiri rode in a new four-wheel-drive pickup truck flying a white flag. Most of the Qaeda leadership is from the Arab world, not South Asia, but Kashmiri attended nearly all the top-secret terrorist summits held in North Waziristan. Hanif, who often acted as a bodyguard for a high-ranking Libyan Qaeda leader, says Kashmiri was the only non-Arab he saw attending strategy sessions. “He came to the most restricted meetings of the Arab mujahedin,” Hanif told Newsweek last week.

“He could go to meetings and to areas that were off-limits to some Arab Al Qaeda leaders.”Kashmiri is so active organizing and carrying out guerrilla-style attacks that the jihadis have taken to calling him “the commando commander,” says Hanif. The key to such operations is preparation, and Kashmiri is an acknowledged master. “Kashmiri is the most experienced person in planning, choosing targets, and getting men ready,” says one Pakistani intelligence officer. His reputation for murder and mayhem in the subcontinent goes back years, but—this is what has set off alarm bells in Europe—his current project is to nurture jihadis from the West.

“He took care of the special training of chosen newcomers, especially Westerners,” says Hanif. A European intelligence officer tells NEWSWEEK, “Kashmiri is the most important guy linking Al Qaeda with Western recruits.”In August, the U.S. Treasury Department named Kashmiri as a “specially designated global terrorist,” putting him in the same league with bin Laden and Ayman al-Zawahiri, men to whom he has pledged allegiance for the past seven years.

Treasury singled out his organization, the Harkat-ul-Jihad al-Islami, for providing “support for Al Qaeda operations.”Exactly how far Kashmiri might reach is evident from charges brought against him by the U.S. Justice Department for his work running an agent named David Coleman Headley, a Pakistani-American (originally named Daood Gilani) now serving a life sentence in the United States for terrorist-related offenses. According to Justice, Headley cased the main targets for the attacks in Mumbai two years ago by the Pakistani extremist group Lashkar-e-Taiba that killed 164 Indians and foreigners.

What role Kashmiri played in that massacre remains unclear, but last year Justice charged that Kashmiri was working with Headley in late 2008, immediately after Mumbai, to plot new attacks in India—and the West.A federal indictment leveled against Kashmiri in absentia last January says Kashmiri played a key role in the Qaeda-linked plot to attack the Copenhagen newspaper offices of Jyllands-Posten, which published insulting cartoons of the Prophet Muhammad in 2005 and remains a target for Muslim radicals. Headley reconnoitered the newspaper’s offices and a nearby synagogue on Kashmiri’s orders, then met with Kashmiri at least twice in North Waziristan to report back. Headley was arrested at Chicago’s O’Hare airport in October 2009 heading to Pakistan to meet with Kashmiri again.

Nor was Headley the only Kashmiri contact believed to be operating in America. According to Justice Department transcripts of secretly recorded conversations between an undercover agent and 56-year-old Raja Lahrasib Khan, a naturalized U.S. citizen, Khan sought guidance from Kashmiri, whom Khan called “Lala,” on how best to stage a terrorist bombing in a crowded stadium. “Put one bag here, one there, one there—you know, three, four, five different places … boom, boom, boom, boom,” Khan said. He was arrested in March and has pleaded not guilty to charges that he’d sent money to Al Qaeda.

Today, Kashmiri is believed to be a key facilitator in Al Qaeda’s plan to carry out Mumbai-style commando attacks in Europe, particularly in Germany, France, and the U.K. Ahmed Siddiqui, a German national of Afghan descent who had worshiped at a now-shuttered mosque in Hamburg along with September 11 attacker Mohamed Atta, has told interrogators that he and other Germans were part of a conspiracy to launch a commando attack in Europe.

Terrorists at LargeSiddiqui, who trained under Kashmiri before he was arrested in Afghanistan this past summer, reportedly has told interrogators that at a “campfire chat” in North Waziristan earlier this year Kashmiri told him that he had already dispatched advance teams to Britain and Germany. Siddiqui’s confessions led to a spate of Predator attacks in the tribal area in September and October, most of them aimed at hitting the “white jihadis” and cells believed to be involved in the planned European attacks.

At least four Germans were killed in one Predator strike in North Waziristan.But not Kashmiri. Indeed, his escape from the Hellfire missiles aimed at him last year is the stuff of legend already, and the more he is targeted, and the longer he survives, the more that legend grows. According to the chatter among jihadis serving with the young Hanif last year, the drone fired its missiles at the correct house, but Kashmiri had gone outside into the bushes to urinate just before the strike.