The Sad state of a Hindu Sandhvi... 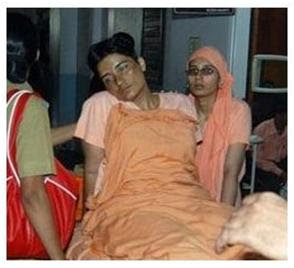 This is what wikepedia says about Sadhvi..

Thakur is one of the prime accused in the Malegaon blasts case of September 29, 2008. Mumbai’s Anti Terrorist Squad (ATS) claimed that Sadhvi Pragya Singh Thakur formed a group to take revenge for the Mumbai train bomb blasts and that her motorcycle was used in bomb blast. This motorcycle was a key evidence in the arrest of Sadhvi.[5] She sold the motorcycle in 2004, to a Rashtriya Swayamsevak Sangh volunteer who was later murdered (as some Hindu groups claim) by members ofSIMI.On 19 January 2009, Maharashtra Police filed a 4000 page charge sheet for the Malegaon Blast. According to this charge sheet Lt Col Prasad Purohit is the main conspirator who provided the explosives and Sadhvi Pragya Singh Thakur arranged the persons who planted the explosive. On April 11, 2008, Sadhvi Pragya Singh and Lt Col Prasad Purohit met in Bhopal.

In this meeting both agreed to for cooperation in carrying out the blast.However, the Maharashtra Control of Crime Act was dropped against Thakur in July 2009 due to the fact that Thakur was not proven to be a member of an organized crime syndicate.


”2008,2009,2010,2011.. 3 and a half year , she is in custody of ATS and ATS could not prove the case.. What does that mean ? They have got a motor cycle as an evidence against her, which she has sold it to some other ? They perform narcotic tests and even could not get a confession ? What more proof do we want to believe that she is innocent ?Now even if sheis guilty, she is only involved in a conspiracy of murdering a few, but then what about Binayak Sen who was a terror courier ? His “bail” was celebrated like he has been proved “not guilty”. This Sadhvi does not even get a bail, not even the hindu organisations speak about this lady, fearing they will be targetted !

Baba Ramdev called Sadhvi Pragya Singh Innocent and said he is with her. RSS leader Ram Madhav said that allegations against Sadhvi are baseless and they support Sadhvi.[11]
Vishwa Hindu Parishad (VHP) launched a campaign against the arrest of Sadhvi and others.[12]
Right wing parties, Abhinav Bharat and Hindu Mahasabha, also announced for the full legal support of Malegaon blast accused, including Sadhvi Pragya Singh Thakur.[13]
In a speech Pramod Muthalik, chief of Sri Ram Sena, declared Sadhvi Pragya Singh Thakur as a symbol of revolution, she is revolutionary (Kranti Kari). He compared her with Kittur Chanamma, Jhansi ki Rani and Bhagat Singh. He said that people must not call her a terrorist, as this will hurt the current revolution of country.[14]
Where are all these people and organisations who supported her ? mysteriously silent ?
Let us force the government to Hang her if she is guilty, But what if she is innocent ? The curse of a sadhvi is enough to burn an entire race !! So brothers and sisters let us try hard to bring justice to this woman, in what so ever form she deserves…!
Labels: साध्वी प्रज्ञा , स्वामी रामदेव , हिंदुत्व , हिन्दू
Read more »
Labels: साध्वी प्रज्ञा , स्वामी रामदेव , हिंदुत्व , हिन्दू 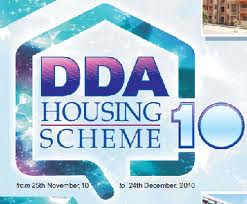 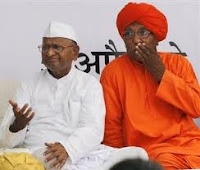