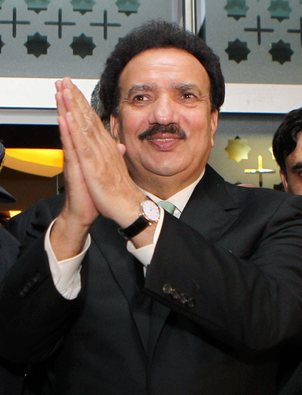 Another Expose of the true color of the Church 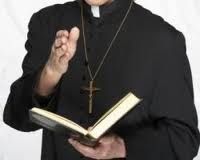 Here is yet another expose of the true color of the church. It is one of the innocent church followers who became the victim of this financial fraud of gigantic proportions exposed by this shocking story.

An old lady from Erumeli is the victim in this episode. After finding no support from any quarters, she chose to give advertisements through the print media to tell the world about her experiences. She wants to warn other potential victims who could fall in to similar traps.

In her notifications she says that her land property worth Rs 25 crores was taken away from her. Her husband is bedridden and is unable to speak. And also the couple doesn't have kids. She says that, years ago when she was unwell, she had some visions of Christ and Mother mary. Some priests approached her to make testimonies to this effect in front of a crowd. As she was declaring her testimony, before even she could complete her words, one of the priests declared in front of the frenzied crowd that she has agreed to donate all her wealth for the prayer group. At this moment of mass hysteria and hypnotic atmosphere on the stage, she could not oppose this declaration which was made without her consent. 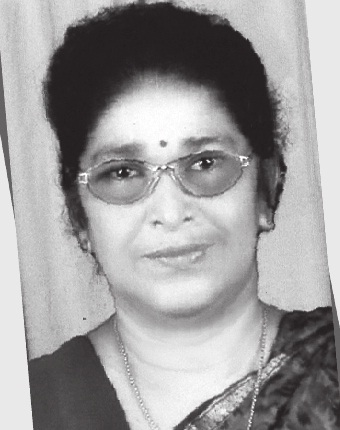 Later the priests made her believe that, if they, an issue-less couple donates their land to the prayer group, her husband will get back his speech. Thus they could trap this old lady and confiscate her land worth Rs 25 crores. She says that she is planning for a hunger strike in front of the homes of senior church leaders like Cardinals. She compares her experience to that of victims who gets robbed when they are drunk. She says, "My wealth was looted by priests from the prayer center while I was in a drunken state caused by my devotion"

In her advertisements she calls upon the readers to spread the news to make other potential victims aware. You can read the full story in Malayalam in the following link 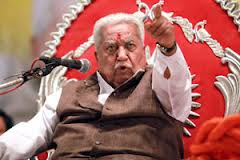 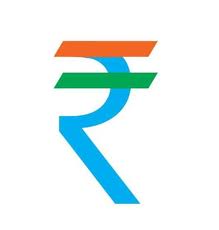 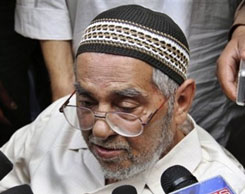 
A Hindu young man was beaten to death by a Islamic mob near the district courts in the Old Dhaka amid nationwide Bandh (blockade) today clashes that halted the Dhaka-Aricha Highway.  The Bandh was called by the opposition group of Bangladesh, the Bangladesh Nationalist Party (Nationality means here the Islamic Nationality of BD) and the Jammat-e-Islami Party of Bangladesh. It has been alleged that members of the students union of both parties ‘Jatiyatabadi Chatra (Students) Dal’ and ‘Islami Chhatra Shibir’ were behind the brutal killing of this Hindu Youth named Biswajit Kumar Das (24 yrs) with lethal weapons like Iron rods and sharpened chopper.

It is said that suspecting Biswajit as a member of Chatra League, the student unit of ruling Awami League of Bangladesh, the Islamist in Jamaat and BNP found a easy prey for killing of a Hindu infidel (Kaffir) per chance. Near relations of deceased  said that Biswajit was never connected with any politics or students union so far.

But, a second source had an input that the student union of Awami League, Chatra League killed Biswajit to create a severe tension so that the police and para-military could intervene the blocked programme of the opponents to disperse it. This source says that Biswajit was murdered by a single group beyond the timings of actual clash of two opponent students union. This source is taking the proof of a picture in which some assailant of Biswajit is shown in a leading position of a rally of Chatra League.

This picture shows the involvement of Chatra League with the Murder of Biswajit.
Biswajit was a owner of a  tailoring shop (Amantran Tailors)  at Shankharibazaar  in the area of Old Dhaka.

A police officer said he had no clue who killed him. “We don’t know who beat him,” said Kotwali Police OC Abu Bakar Siddique of the 9am incident near Victoria Park.

Witnesses say BNP-Jamaat lawyers began a procession inside the Judge Court premises in support of the blockade programme in the morning. They alleged that the members of the Chhatra League unit of the Jagannath University were cordoning off the area with counter slogans.

At one point the two groups engaged in chase and counter chase; and made detonations of several hand-bombs were also reported near a petrol pump at Victoria Park.

Witness Ripon, a rickshaw-puller, told  a Bangladesh Media House (bdnews24.com)  that some 25 youths started beating up Biswajit shortly after the detonations.

Biswajit tried to hide into a Dental Clinic, but the fanatic members of  ’Jatiyatabadi Chatra League’ and ‘Islami Chhatra Shibir’ rushed into the clinic to attack Biswajit with iron rods and finally mutilated him with sharpened chopper. From the gory situation Biswajit tried to escape again but fell down unconsciously in an approach lane to Shankhari Bazar. With the help of some Hindu locals a rickshwapuller rushed the injured Biswajit to Sir Salimullah Medical College Hospital; where he was declared brought dead.

The Asst. Registrar of Sir Salimullah Medical College Hospital, Emergency Department said Biswajit was died due to trauma and excessive and unchecked bleeding.

Mohammad Babul, a businessman, said Biswajit was the owner of ‘Amantran Tailors’. “He was on his way to the shop from his home. I never heard he was with any of the political parties”.

From family source it is known that Biswajit was a simple boy who was a youngest amongst their two brothers and one sister. Biswajit used to stay with his brothers family at Hrishikesh Das Lane of Old Dhaka. In a middle class family, Biswajit was also a  bread earner and a big helping hand.

Pro Islamic activists of the BNP-led 18-Party alliance blocked roads with torched tyres in Gabtali area at around 6am halting traffic on the crucial Dhaka-Aricha highway.

The pro-blockade activists swooped on with police when the law enforcers tried to disperse them a little bit later. The groups two chased each other while pickets vandalised about a dozen vehicles creating a violence all around.

It is also reported that at one stage, pro-government activists were seen in action, triggering much bigger clashes. At least five hand-made bombs were reported detonated, two buses were torched and and public life dismantled accordingly .

Anyway, while Biswajit was being assaulted with dire consequences or he was being Islamically chopped out by the assailants  nobody in the opponents came to save Biswajit, as Biswajit was a ‘Kaffir’ Hindu under the holy attack by ‘Momin’ Muslim.

Though the Bangladesh Police is now pretending as novice and found nothing about the clue or the perpetrators of cool blooded murder of Biswajit, the published photographs here and Bangladesh media categorically say the motivations of 100% Islamic attack upon a ignorant Hindu young man who succumbed an unfortunate and immature death due to an Islamic treatment to a Hindu Kaffir in Bangladesh. 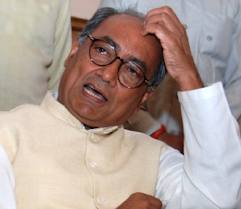