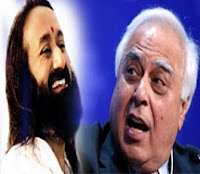 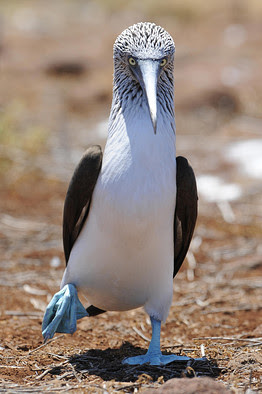 Gandhinagar
March 22, 2012
Dear Shri Party President:
You will have seen the media reports today about what has been misrepresented by various elements of the press hostile to me as a serious transgression of legislative protocol and privilege.
I apologize in advance that some of what you are about to read will be shocking to you — as it was to me when I inadvertently stumbled upon it. But I feel it is important to explain myself fully and convince you of my innocence.
On the morning in question, I confess, my mind had rather wandered during a debate on the budget’s proposed cut in financial support for pigeon-pea farmers relocated from the sites of new car manufacturing plants to the salt marshes of the Great Rann of Kutch.
I decided to make use of the time by settling a bet I had made the previous evening with a friend. It concerned our shared interest in ornithology. He had claimed that there is a species of bird called a boobie that lives on the Galapagos Islands. I considered his contention laughably absurd and I was keen to prove myself right.
In my defense, I will add here that I am just getting the hang of my new iPad.
Without due consideration for the potential consequences, I typed the words “boobie” and “bird” into the Search bar. I rested my hand briefly on the touchscreen and before I realized what was happening …. well, to be honest, I am still processing the image.
Let me be more precise, since I owe you complete honesty. I am still processing the 12-minute video that appeared quite by accident.
I will spare you the details. Suffice it to say it involved rarely-seen parts of the female anatomy of a proportion one seldom encounters in my rural constituency.
Panicking, I thrust the tablet at my honorable colleague who was smirking on the bench next to me.
“Let me guess: You have a virus,” he said as he leaned in to take a closer took. I assured him that I was fine and was sweating profusely only because of the shock.
Neither of us being experienced iPad users, it took us a full 11 minutes and 52 seconds to figure out how to make the vile thing disappear.
Several minutes later, perhaps unwisely, I resolved to have another go. Obviously, I was going to steer clear of boobies (though I have since discovered that I lost the wager; I am enclosing a photograph of the blue-footed variety for your consideration.)
I embarked instead on a perfectly innocuous search for the names and images of other obscure species of bird with which to engage the wits of my ornithologically-inclined friend.
With the benefit of hindsight, “agile tit-tyrant” (anareites agilis) may have been a poor specimen on which to focus my hunt. So, it turned out, was “lovely sunbird” (aethopyga shelley).
You may consider the “common shag” synonymous with the cormorant, as did I. I no longer do.
I will also say that, for some reason I still don’t quite understand, “festive amazon” (amazona festiva) rendered a very startling photograph of an upside-down Sunny Leone. (I only recognized her because my wife is a fan of Bigg Boss.)
I found the whole experience so distressing, as did my colleague, that in each case we admittedly took longer than we might have to realize that what we were looking at did not in any way qualify as aviatory trivia. Approximately eight minutes per species, to be precise.
But the result of “grey-headed lovebird” (agapornis canus – I kid you not) was so unspeakably shocking that I decided to abandon the enterprise altogether. Sadly not before the newspaper reporter who had been monitoring our efforts from afar had reached a series of deeply erroneous conclusions, as I have explained, and alerted the Speaker.
I can only ask that you take my version of events into account before you force me to resign.
When you do, please be assured that I will bear no hard feelings. As a measure of my good faith, I will give you a piece of advice that I wish someone had given me before that morning’s unfortunate series of events: Never go online to search for chauna torquata by its English name: “the southern screamer.”
Sincerely,
Labels: News in English , गुजरात , भाजपा
Read more »
Labels: News in English , गुजरात , भाजपा