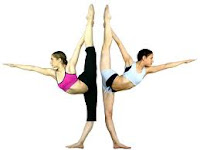 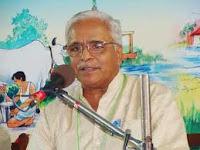 I am constrained to make a demand on your valuable time justified by the seriousness of the subject of this letter. Stated briefly, the purpose of burdening you with this letter is to bring to your attention the deliberate attempts to distort, even pervert and politicise, the ongoing investigations into the bomb blasts at Malegaon, Ajmer and Hyderabad and to cast false aspersions on Rashtriya Swayamsevak Sangh (RSS).

A single fact in Government’s hands will nail this lie. The Maharashtra ATS [MATS] has evidence in its possession to show that the accused in the Malegaon blast case, Col Purohit and Dayanand Pandey, were, simultaneously plotting to eliminate Shri Mohanrao Bhagwat, the then Sarkaryavah - General Secretary - of the RSS (currently the Sarsanghachalak), and a senior RSS leader Shri Indresh Kumar. At the time of the Malegaon investigation itself a senior Maharashtra ATS official had informed one of our prominent leaders about this conspiracy by the Malegaon accused. Yet, shockingly, some elements in the investigative agencies have been trying to club the RSS with those very same people who were plotting against it. The fundamental question that arises, but not addressed, is: how could the RSS be bracketed with those who were viciously hostile to it and conspiring to kill its leaders?

The Charge Sheet of the Maharashtra ATS dated 20.1.2009 on the Malegaon blast submitted to the Court contains the transcripts of the audio CDs detailing the conversations of the said accused. They revealed that, while the plotters were organising chemical attack on Sri Bhagwat, they had given a pistol to a named, specific person to eliminate Sri Indresh Kumar. The CD recordings showed that the conspirators were spewing venom at the RSS and the BJP. This extra-judicial confession conclusively proved that the RSS was a target of the accused persons in the Malegaon case.

But despite being in possession of such explosive, critical and specific evidence of the plot the MATS took a "conscious decision" and told the Bombay High Court in July 2010 that, as there was nothing "specific", "no further action is required to be taken" on the alleged plot to kill the RSS leaders, "except to wait for the outcome of the pending trial". The MATS told a clear lie to the court. It admittedly has specific information about the plot. The plot to murder any one is a serious issue. In this case it is an independent offence, unrelated to the Malegaon offence and trial. So there was no need to link the end of the Malegaon trial to probe the murder plot. It is obviously just an alibi for not probing the murder plot. Delaying the probe also helps destruction of evidence. Yet, the MATS did not even register an FIR in 2008 or later against the conspirators whose extra judicial confession on the CD had nailed them. This is virtually a decision to abort probe into the conspiracy to murder, which is criminal. The shocking decision of the MATS not to probe the plot to kill the RSS leaders raises unanswerable questions like:

Was the investigation aborted because the exposure of the plot would foil any attempt to bracket the RSS with the Malegaon conspirators?

That the decision virtually to abort the probe only helped the detractors of the RSS to carry on insidious campaign against the RSS gives out the motive. We also understand that the murder plot issue was also discussed in the Maharashtra Assembly earlier last year.

The RSS had decided, in good faith, to leave the issue to MATS, the Maharashtra and Central Governments. But with the MATS criminally forsaking its basic duty under the law and the governments at the State and at the centre keeping silent about it, the RSS is taking appropriate legal advice about its future course of action.

We were shocked when the involvement of Col Purohit in the Malegaon case and in the conspiracy against the RSS came to our notice. But because the issue was sensitive, we had left it to the government to probe his role fully and truthfully. But, as that has not happened, we bring out here the circumstantial evidence that shows that Col Purohit has been playing a political role. We would like to mention how Col Purohit mysteriously attempted to divide the RSS and its friendly organisations within. Using his position and his nationalist ideas, he began accessing senior RSS functionaries in and from the year 2005. Claiming to possess exclusive intelligence no one else had access to, he and his associates planted canards like, that Indresh Kumar was an ISI agent and that the top BJP leaders were conspiring to harm the leaders of the RSS associates. It took a while for the stunned leaders to realise that Col Purohit and his associates were really attempting to divide and weaken the RSS and its friendly organisations from within.

We believe that Col Purohit’s role was political and he was not acting on his own. Thorough probe is needed to find out those behind him in his attempts to divide the RSS and its friendly organisations from within. This larger political conspiracy cannot be unravelled by mere criminal investigation. Col Purohit had been aggressively anti-BJP and anti-RSS as the Malegaon case evidence brings out. Hence arises the issue about his hidden political connections and agenda. It is needless to say that only those who would politically benefit from such strategies could have been behind him. But, only a thorough, independent investigation will expose his political agenda and connections. Similar probe is also required against Dayanand Pandey, whose role is equally mysterious. Otherwise the full truth would remain buried.

The government is fully aware that the RSS and its associate organisations carry on nation-building work all over the country and beyond, in diverse fields and in the remotest areas and among the most distanced people. Many attempts in the past to impede the RSS work have miserably failed. A galaxy of national leaders including Dr Sarvepalli Radhakrishnan, Jayaprakash Narayan, Acharya Vinoba Bhave, Acharya Kripalani, Pandit Madanmohan Malaviya, Bharat Ratna Bhagwan Das, Sardar Vallabhai Patel, Dr Zakir Hussain, Lal Bahadur Shastri, General Kariappa, have participated in the functions of the RSS, blessed and praised its work. Even Pandit Nehru, who had serious differences with the RSS, finally invited its Swayamsevaks to participate in the Republic Day Parade in January 1963. The commitment of the RSS to our nation and its Constitution is explicit and absolute. It is in keeping with this spirit that I had stated in my statement on 1 May 2010 in the wake of the arrest of the RSS Pracharak Shri Devender Gupta that we would extend all co-operation to the investigation, but also exhorted that the RSS wanted a thorough and transparent probe into the cases.

And we did extend all cooperation to the agencies in the last several months, but only to find that the agencies were intentionally subjecting our cadre to harassment, indignity and even character assassination. Their probe has ceased to be a criminal investigation, and become an alibi for political agenda and calumny against the RSS. There is a political background to this campaign against the RSS. For the past year and more, a senior general secretary of the ruling Congress party has been viciously campaigning against what he called as "saffron terror". On this basis the ruling party also has asked for investigation into the RSS itself, thus formalising the political mission against the RSS.

It is in this background that I considered it my duty to bring to your notice the larger conspiracy against the RSS, not just a conspiracy to eliminate the RSS leaders. We demand that the government institute an impartial and independent inquiry into the hidden mission of Col Purohit, Dayanand Pandey and their associates. Given the hostility of the ruling party and the way the investigative agencies have conducted the probe so far, no government agency today has the credibility to undertake this task. We therefore urge that the inquiry should be independent. We trust that the hon’ble Prime Minister will take a fair and objective view and order impartial inquiry into

(a) The plot to assassinate the RSS leaders;

(b) Why did MATS suppress and not investigate that plot?

(c) What is the political role and agenda of Col Purohit, Dayanand Pandey and their associates like Dr. R.P. Singh?

(d) Who were behind them in their mission?

Without impartial inquest, answers to these questions and consequently the full truth would not come out.

The RSS, a social organisation, does not intensely interact with the political establishment except through its service activities. So there are not many occasions for the RSS to write to or meet with the Prime Minister. Therefore I am not very happy that in my first ever letter I have been constrained to bring to your attention facts which are not entirely pleasant. Also, since the matter is very important as the facts mentioned in the letter bring out, the letter is longer than I would have liked it to be. But I am sure you would find time amid your pressing national duties, to apply mind to the facts and issues mentioned in this letter and act appropriately.

The seriousness of the matter calls for a meeting with you in person at a mutually convenient time.

With respectful regards
Yours Sincerely, 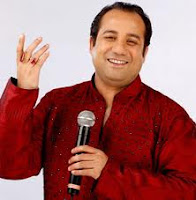 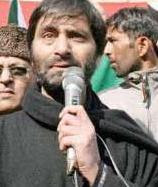 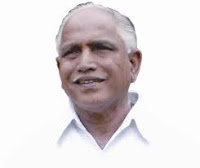