What is a Joint Parliamentary Committee (JPC) ? 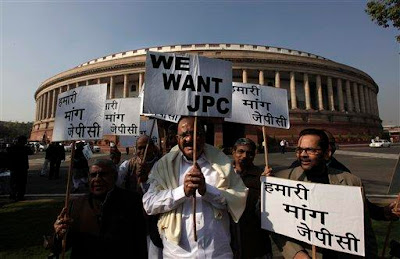 Mandated to inquire into a specific subject, a JPC is constituted either through a motion adopted by one House and concurred by the other, or, through communication between the presiding officers of the two Houses. The members are either elected by the Houses or nominated by the presiding officers. As in the case of other parliamentary committees, they are drawn from different groups. The strength of a JPC may vary. For instance, one JPC comprised 15 members, while two others had 30 members each. The Lok Sabha share is double than that of the Rajya Sabha.

What happens if the term of a Lok Sabha expires before a JPC completes its work?

When a committee is unable to complete its work before the expiry of its term or before the dissolution of the Lok Sabha, it reports that fact to the House. In such cases, any preliminary report, memorandum or note that may have been prepared by the committee is made available to the succeeding committee.

What are the powers of a JPC?

A JPC can obtain evidence of experts, public bodies, associations, individuals or interested parties suo motu or on requests made by them. If a witness fails to appear before a JPC in response to summons, his conduct constitutes a contempt of the House.

The JPC can take oral and written evidence or call for documents in connection with a matter under its consideration. The proceedings of parliamentary committees are confidential, but in the case of the joint committee which went into "Irregularities in Securities and Banking Transactions", the committee decided that considering the widespread public interest in the matter, the chairman should brief the press about deliberations of the committees.

Ministers are not generally called by the committees to give evidence. However, in case of the Irregularities in Securities and Banking Transactions probe again, an exception was made, with the JPC, with the permission of the Speaker, seeking information on certain points from ministers and calling Ministers of Finance and Health and Family Welfare.

The government may withhold or decline to produce a document if it is considered prejudicial to the safety or interest of State. The Speaker has the final word on any dispute over calling for evidence against a person or production of a document.

There have been only four investigative JPCs so far.

The first was instituted to inquire into the Bofors contract on a motion moved by then defence minister K C Pant in the Lok Sabha on August 6, 1987. The Rajya Sabha endorsed it a week later. The committee, headed by B Shankaranand, held 50 sittings and gave its report on April 26, 1988. Opposition parties boycotted the committee on the ground that it was packed with Congress members. The JPC report was tabled in Parliament, but it was rejected by the Opposition.

The second investigative JPC, headed by former Union minister and senior Congress leader Ram Niwas Mirdha, was set up to probe Irregularities in Securities and Banking Transactions in the aftermath of the Harshad Mehta scandal. The motion was moved by then minister for parliamentary affairs Ghulam Nabi Azad in the Lok Sabha on August 6, 1992. The Rajya Sabha concurred with it the next day. The recommendations of the JPC were neither accepted in full nor implemented.

The third investigative JPC was assigned to probe the market scam. Then parliamentary affairs minister Pramod Mahajan piloted a motion in the Lok Sabha on April 26, 2001, to put it in place. Senior BJP member Lt Gen Prakash Mani Tripathi (retd) was named the chairman. The committee held 105 sittings and gave its report on December 19, 2002. The committee recommended sweeping changes in stock market regulations. However, many of these recommendations were diluted later.

The last JPC was set up in August 2003 to look into pesticide residues in soft drinks, fruit juice and other beverages and to set safety standards. The committee, headed by NCP chief Sharad Pawar, held 17 sittings and submitted its report to Parliament on February 4, 2004. The report confirmed that soft drinks did have pesticide residues and recommended stringent norms for drinking water.

Why does the Opposition want a JPC?

The Public Accounts Committee of Parliament is supposed to conduct a detailed examination of the reports of the Comptroller and Auditor-General (CAG), scrutinising the yearly accounts of the Government. Having 15 members of the Lok Sabha and seven members of the Rajya Sabha, the chairmanship of the PAC conventionally goes to a nominee of the main opposition party. The PAC calls upon ministries to explain cases of financial irregularities. The Opposition argument is that the 2G spectrum scam goes far beyond accounting. A JPC can spread its net wider and go into the larger gamut of allocation and look into the role of various players. More, once a JPC gets going, it would help the Opposition keep the heat on the government through consistent reporting of proceedings. The moot point is that PAC chairman Murli Manohar Joshi is already waiting in the wings to go into the CAG report. In case the government accepts the demand for a JPC, in effect, it may mean both a JPC and PAC. 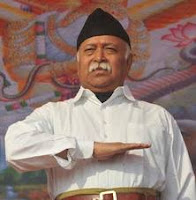 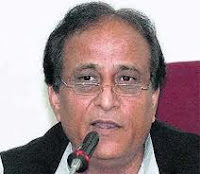 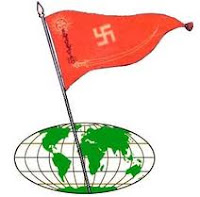 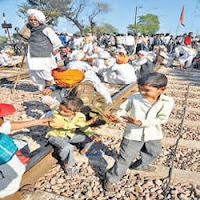 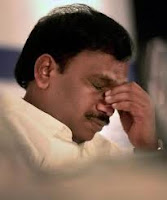