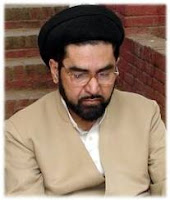 In a statement issued earlier during the day in Mumbai, Singhal had said that since the high court had dismissed the Sunni Waqf Board’s suit staking a claim to the disputed Ramjanmabhoomi-Babri Masjid land in Ayodhya, the VHP would now hold talks with Shia organizations.

The VHP supremo said: “Mughal emperor Babar’s army commander Mir Baqi, who built the Babri Masjid was a Shia, therefore we have decided to hold talks with representatives of the community.”

Reacting sharply to Singhal’s statement, widely acclaimed Shia scholar and cleric Maulana Kalbe Sadiq, who was also senior vice president of All India Muslim Personal Law Board, said: “We are not interested in any move initiated by Singhal, who only believed in playing the politics of hatred.”

He said: “It is quite apparent that after failing to forge a divide between Hindus and Muslims, the VHP was now trying to incite a confrontation between Shias and Sunnis; but we will not play into their hands.”

Expressing similar views, another well-known Shia cleric Maulana Kalbe Jawad said: “There was absolutely no logic in Singhal’s explanations, which were clearly aimed at bringing Shias at loggerheads with Sunnis.”

“A mosque is a place of worship which cannot be restricted to a particular sect of Muslims,” he said.

Maulana Mohammad Athar, who heads the All India Shia Muslim Personal Law Board, also flayed Singhal for his remarks.