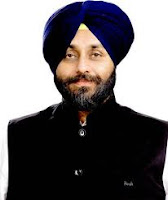 In the last 4 years our SAD-BJP government has undertaken unprecedented development initiatives to develop and uplift Punjab in every sector like Education, Health, Power, Agriculture, Industry, Roads, Civil Aviation and Transportation. Our government has also taken several measures to uplift the underprivileged and marginalized sections of our Society like providing free Atta-Dal for 16 lac families, Shagun for the newly married needy girls and Pension for our elders. We have also undertaken comprehensive governance reforms which shall ensure speedy, transparent and hassle free delivery of essential services to all of you. The SAD-BJP coalition has completed large industrial projects like Bathinda Refinery which shall provide jobs to lacs of youth. We have also undertaken large recruitment in education, health and other sectors which shall not only provide thousands of government jobs for our youth but shall also ensure presence of teachers in our schools and doctors in our hospitals.

Due to the transparent and effective policies of our government there has been a manifold increase in the revenue collections of Punjab. However, the Congress Party which did not do anything for the welfare of the people of Punjab has been propagating lies to try and mislead all of you.

I had recently authored an article in the prestigious publication India Today to place the facts on the fiscal health of Punjab, development projects undertaken by us and increase in revenue collection achieved by our government. This article was a rebuttal to an earlier article written by Punjab Pradesh Congress Committee President Captain Amarinder Singh. This article has been reproduced below for you to read and judge for yourself the truth on our government’s performance in the last 4 years. Meanwhile I continue to look towards all of you for your love and support.

Some people will never learn that lies do not make for good politics. Former Punjab chief minister Amarinder Singh is making a habit of resorting to wanton lies, even while writing in well-reputed publications ("Badal Fiddles as Punjab Sinks", India Today, May 2). But coming from him, this is understandable as he has no issues left to talk about against the state government.

Typically, he does not utter a word about a single step taken or achievement made during his five-year tenure. Instead, he talks about the huge fiscal deficit as a percentage of Gross State Domestic Product (gsdp) in this year's Punjab budget. This figure stood at 5.35 per cent during Amarinder's regime. We have brought it down to 3.14 per cent-better than the Government of India figure of 5.1 per cent for 2010-11. The revenue deficit during his tenure stood at 4.56 per cent, and we have reduced it to just 1.33 per cent in this year's budget-again better than the 2.3 per cent achieved by the Government of India.

He lies about the actual figure of debt, which is only Rs 69,000 crore. After exaggerating it to Rs. 1.6 lakh crore, he forgets to mention the ratio of debt to gsdp during his regime touched a peak of 46 per cent which we have brought down to just 30 per cent. This is far below the ratio of 51 per cent achieved by the Government of India, led by a world famous economist-prime minister. States such as Maharashtra, West Bengal, Gujarat and Uttar Pradesh face debt many times higher than Punjab's. The total revenue receipts of the state during the five years of the previous Congress regime were just Rs 36,806 crore. These are now set to double and reach Rs 70,890 crore this year. Similarly, the plan expenditure during Amarinder's five-year term stood at a mere Rs 14,840 crore. We have taken that to Rs 36,852 crore, an increase of over 250 per cent. Most importantly, the annual growth rate of the state now is 7.86 per cent, as against just 5.12 per cent during his tenure.

Nowhere is Amarinder's lying more blatant than when he talks about the power sector. The total generation capacity achieved by the state in the 60 years since Independence was 6,200 mw. In just four years, we have put in place projects to add 11,700 mw and make Punjab one of the few power-surplus states in the country. No initiative was taken during Amarinder's time to add even one unit of power.

His lies on infrastructure are pathetic. But since he spends virtually no time in the state, he would do well to read the india today report on Infrastructure in which Punjab is the number one state in the country. If Amarinder cares to drive down Punjab's roads, he would see how (Parkash Singh) Badal has transformed infrastructure, added a network of flyovers and overbridges and made it possible for the common man to travel in air-conditioned buses at almost normal fare.

In his bid to mislead people on the education sector, Amarinder conveniently forgets to mention that during his tenure, over 55,000 posts of teachers were lying vacant. In contrast, Badal has recruited over 50,000 teachers and the government is set to recruit 5,000 more. Punjab is now among the top three states in the National Index on Educational Development.

Similarly, the National Commission on Health has rated Punjab's performance in this sector as "excellent'. Punjab is the first state in the country to provide free emergency mobile medical services to its people.
Few know that Punjab has the highest percentage of Dalit population (30 per cent) in the country. Badal firmly believes that it is the duty of the state to uplift the status of the marginalised sections. The empowerment of women, uplift of the girl child and spread of female literacy are all a part of Badal's vision of holistic progress.

I do not want to stoop to the language used by Amarinder Singh for Badal. But it is ironical that a man who has no time from his pursuit of pleasure surfaces in the state on the eve of elections and has the cheek to be abusive about a person who, by his own admission, works day and night among the people.