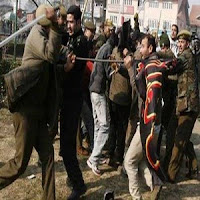 Muharram, the month of epic action, has announced its arrival. Black banners symbolizing grief are fluttering all around. A pall of gloom has descended. Even 1500 years down the line, the lessons from Karbala continue to be the beacon of inspiration for all strugglers of truth and righteousness.

Muharram, contrary to the widespread perception, is not an event, episode or chapter in history. It is a philosophy, a concept, and a movement. As centuries roll by, the great uprising of Husain(as), the beloved grandson of Holy Prophet (saww), continues to drive believers to hurl defiance at the forces of evil. The final call Imam gave to humanity still lingers in the minds of millions of Muslims around the world. It teaches that notwithstanding the inadequacy of numbers, if you run down the gauntlet backed by the staunch faith in Almighty, triumph is always yours.

Muharram has been often derided by some brain-dead hate-mongers as a harmful grief-centric ritual, a political war, and a ritual that lacks a contemporary significance. In contrast, these commemorations are held to help the followers of justice and truth re-organize their life around the pristine principles exemplified by Hussain(as). His supreme sacrifice promotes the enjoining of good for there is no better victory than defeating a tyrant.

You must have heard how a child dies every five minutes in Darfur. You must be knowing about the cold-blooded attacks on religious congregations in Pakistan. You must be knowing about the skrieks of wailing mothers in remote zones of Kashmir. You must also have come across the gut-wrenching tales of prisoners lodged in various jails across the globe. You must have heard lot more than what I could encapsulate here. These examples exemplify the contemporary struggles against the injustice and tyranny unleashed on the weak and vulnerable world-over. The threat of injustice will always have a contemporary significance. This explains why Muslims annually commemorate the principles of Hussain as it helps strengthen the ability to stand up against injustice.

For the next few weeks, mourning processions will be carried out and grand congregations will be held in every part of the world, to pay tribute to the Master of Challengers and his fellow martyrs. Situation in Pakistan remains tense, with shoot-at-sight orders being given for Muharram owing to “serious security reasons” in and around Khyber Pakhtunkhwa. But elsewhere, preparations are afoot. Biggest of processions are taken out in London, New York, Toronto, Trinidad et al. It goes to the credit of powers-that-be in these places for not only allowing the processions to ply on busy roads, but ensuring their safety and protection too. But back in Kashmir, it is the same old atrocious story, which is being repeated since 1989. Peaceful Muharram processions would be attacked; processionists would be brutally cane-charged, manhandled and whisked away in police gypsies. The religious leaders would be house-arrested and streets would be manned by the kalashnikov -yielding monsters-in-khakhi.

The peaceful processions on 8 and 10 Muharram have been banned in Kashmir since the outbreak of insurgency in 1989. Only small mourning rallies and processions are allowed in select areas with sizeable Shia population. The authorities say the “emotional religious rituals” could be used by separatists to stoke the anti-India sentiments. Absolutely preposterous. It is like saying we won’t allow Guru Purab or Baisakhi in Punjab as Khalistanis might stoke the anti-India feelings. Just because few of the senior Shia clerics happen to be heavyweight separatist leaders, government cannot murder the people’s right to observe their religious rituals, in a rather peaceful manner.

Another equally ridiculous version is, these processions provoke Sunnis, who get all riled up and attack Shias, so the government decided to ban it altogether and avert riots. This is hilarious. I wonder why Ripley’s Believe It Or Not missed it. There is no secret how these processions have become inclusive over the years, with massive participation of Sunnis, or for that matter even Sikhs and Pandits. The majority Sunnis have been extremely accommodating towards minority Shias, and both communities have co-existed in harmony and amity for centuries. In turn, both Shias and Sunnis go out of their way in extending their support to rallies and processions taken out by non-Muslims. In the context of Kashmir, communal riots are out of question. That is sheer exaggeration.

The vitriolic truth is that State is hell-bent on creating fissures among Kashmiri Muslims on sectarian lines. By provoking Shias against Sunnis, and giving this Muharram ban a sectarian and separatist colour, they want to achieve their sinister targets. The disintegration of Muslims in Kashmir will be a final blow to the movement (Tehreek), and that is what these scheming rulers gun for.

The assault on the processionsists is totally barbaric. Take this: “Eyewitnesses alleged that as they marched ahead, a CRPF man on guard outside the house of Deputy Chief Minister Muzaffar Hussain Beig took aim at the crowd with his rifle. Other policemen, however, put him at ease,” (Indian Express Feb 08 2006). Need I say more.

Some Shia groups had challenged the ban in court of law, but as they say, “mera qatil hi mera munsif nikla” (my killer was my judge). Shias of Kashmir contest the draconian ban alleging blatant double standards. They say if Amarnath Yatra, Dushhera or Baisakhi processions don’t pose any “security threat”, why should Muharram processions, carried out in equally peaceful manner, be subject to such brutality and barbarism.

But it won’t be exaggeration to say that we have not helped our cause either. Just recently representatives of all Shia organisations attended a high-level meeting chaired by District Development Commission in Srinagar to “finalize arrangements for Muharram”. I wonder why didn’t these “representatives” raise the issue of ban during the meeting. Why didn’t they boycott the meeting in the first place.

It reminds me of how Muslims in Lucknow valiantly confronted the government to protest the ban on Muharram processions in city in Muharram 1997. Women had stormed District Magistrate office and protested there. Shia youth did matam (eulogy) at the Vidhan Sabha (Legislative Assembly). It led to the arrest of Lucknow-based prominent Shia cleric Maulana Kalbe Jawad under National Security Act (NSA) on June 28, 1997. He was sent to Lalitpur Jail while his family was incarcerated with the prisoners of TADA. Word spread like wildfire and soon protests and agitations were reported from the different parts of the country and even from New York, Syria, Pakistan, Iran and other countries. The situation went out of control and the then Mayawati government was left with no other option but to release the cleric and lift the ban on processions.

In Kashmir, we don’t lack the enthusiasm, but we certainly pay for not having a solid united front. Need of hour is to rise above all the petty differences and join hands for the greater good of community. Is that asking for too much?