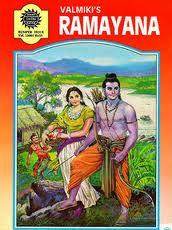 The Punjab government in Pakistan has formed a committee to hold discussions and present a report on the broadcasting of Hindu mythology cartoons like "Amar Chitra Katha", and ways to get them banned.

A meeting of the committee, which is headed by the Punjab government spokesman Senator Pervaiz Rasheed and comprises Pakistan Muslim League (Nawaz) Cultural Wing President and MPA, Farah Deeba and other officials, was convened to discuss "cartoons which glorified mythology characters, such as Hanuman that had a bad impact on the minds of the young children," and ways to ban such cartoons.


Deeba said that "these cartoons were in contradiction with the teachings of Islam and young kids could not differentiate between what's true and what's not, so these should be banned."

But since this fell under federal subjects, Deeba said that the committee would "approach the Pakistan Electronic Media Regulatory Authority through the federal government to seek a ban on such cartoons."

However, eminent artist and former principal of Lahore's National College of Arts, Salima Hashmi, disagreed, saying that Muslims in India outnumbered the Muslims in Pakistan, so when Muslim children in India were not affected by mythological figures, why would Muslim kids in Pakistan be affected.

"Why doesn't the government make a committee to know the root cause of militancy and why doesn't it set up committees to find reasons of young children becoming suicide attackers?" she questioned.

Although Indian TV channels are not broadcasted in Pakistan, many cable operators telecast them, with Indian content being in heavy demand.